Adjudicators for Final Round

Adjudicators for Final Round of Grand Metropolitan International Music Competition 2021
We are greatly honoured and grateful to our panel of adjudicators, who will be sharing their world-class expertise and experience with our participants! 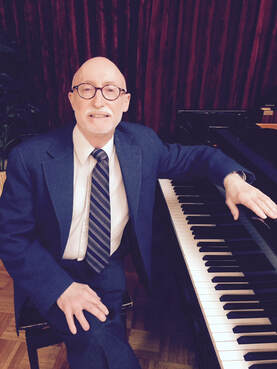 ​Thomas Green is currently Pedagogy Specialist with The Certificate Program at
The Royal Conservatory. He has conducted examinations and workshops on behalf of The Royal Conservatory and adjudicated at music festivals across North
America.
A former Editor-in-Chief of The Frederick Harris Music Company, Dr. Green
served as Chief Examiner for The Royal Conservatory from 2007 to 2020. He
holds a Bachelor’s degree from McGill University, a Master’s in Performance
from the Université de Montréal and a Ph.D. in Music History from Brandeis
University, where he completed a dissertation on the compositional process of
Jean-Philippe Rameau. His piano teachers included Clifford Poole in Toronto, and
he studied under Yvonne Hubert for five years in Montréal.
Dr. Green has taught music history at McGill University and The University of Toronto and for many years served as an instructor in music history and theory at The University of Windsor. He currently teaches piano, music history and harmony in his private studio and at the Académie Ste Cécile in Windsor, Ontario. In addition, Dr. Green is an Adler Certified Professional Coach. His students and former students include Royal Conservatory gold medalists, scholarship winners, young professionals, and enthusiasts of all ages. 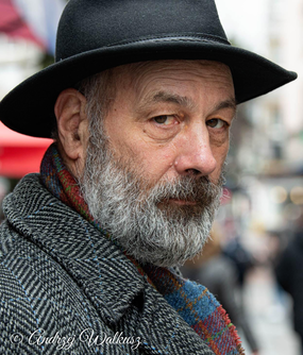 Prof.  Alan Fraser
​
​Canadian pianist, pedagogue and author Alan Fraser is best known for his books linking piano technique to the Feldenkrais Method. A student of pioneering pedagogue Phil Cohen in Montreal and the virtuoso Kemal Gekić in Yugoslavia, he is a trained Feldenkrais practitioner who has presented at numerous
music conferences worldwide and published articles in most of the major piano journals. He has performed in North America, Russia, China, Yugoslavia and many European countries, and leads regular seminars at his Alan Fraser Piano Institute in many North American and European capitals. His latest publication is Pianimals, a new children’s method with Phil Cohen-Feldenkrais style exercises to quickly improve a young pianist’s technique and musicianship.

​Dr. Wonny Song leads an exciting and glowing international career as one of Canada’s most outstanding young concert pianists. He is widely praised through his recitals, concerto appearances and recordings for his wonderfully poetic touch, depth of musical insight and charismatic personality. Winner of the 2010 Canadian Musician Award as well as the 2002 Galaxie Rising Star Award, he has appeared with over 40 different orchestras including the Cincinnati Symphony, Montréal Symphony, Toronto Symphony, National Arts Centre Orchestra, Euro Asian Philharmonic Orchestra, l’Orchestre Métropolitain du Grand Montréal, Orchestra of St-Luke’s, I Musici de Montréal, Latvian National Philharmonic Orchestra and the Minnesota Orchestra. As winner of the 2005 Young Concert Artists International Auditions in New York, Mr. Song made his recital debuts at Carnegie’s Zankel Hall in New York, sponsored by the Claire Tow Prize, and at the Kennedy Center in Washington, D.C., presented by the Washington Performing Arts Society. He was also awarded the Fergus Orchestra Soloist Prize, the Saint Vincent College Concert Series Prize, and the Miriam Brody Aronson Prize. Mr. Song was awarded the 2003 Prix d’Europe in Canada, which presented him in recital throughout Canada, France, Italy, and Sweden.
As the 2001 First and Grand Prize winner of the Minnesota Orchestra’s WAMSO Competition, he appeared in three subscription concerts with Eiji Oue and the Minnesota Orchestra in 2002, and was re-engaged for three more subscription concerts with Osmo Vänskä in 2006. He won the 1997 Ludmila Knezkova Piano Competition in Nova Scotia, as well as First Prize and Best Artistic Interpretation Prize at the 1995 Montreal Symphony Piano Competition and a Gold Medal at the 1994 World Piano Competition in Cincinnati.  Dr. Wonny Song is currently the director of both Orford Music and Pere Lindsay Foundation. 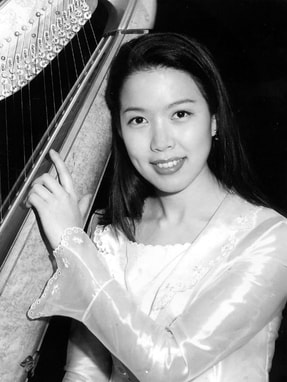 Dr. Chaerin Kim
​
A multi-instrumentalist, being one of the very few in the world who you can see performing as a soloist with two instruments on the same stage with an orchestra, internationally acclaimed harpist, pianist, composer, and professor Dr. Chaerin Kim is the winner of several international competitions. She was the winner of the Special Prize of Best Performance of Russian Music at the International Harp Competition in Russia, winner of the Future Classic Women Award from the London Radio Station, the CFA Award and Department Honor Award from Boston University, the Garrett Award, Foundation Award, and Julia Leney Harp Prize in London, the Soloist Competition Winner at Ewha University, Kaywon School for the Arts, and Boston University, the Bronze Medalist for Solo Piano at the Walgan Music Competition, and winner of the Grand Prize from the Korean Student’s Newspaper.
She has been featured as a soloist on both instruments: Rachmaninoff Piano Concerto No. 2, Debussy Danses for Harp, Mozart’s Flute and Harp Concerto with UMB Orchestra, Rachmaninoff Piano Concerto No. 2 with Boston Chamber Orchestra, the Ginastera Harp Concerto with BU Symphony Orchestra, Ginastera Harp Concerto with Seongnam Philharmonic, a Guest Soloist of the International Music Festival broadcast live in Korea, Ravel’s Introduction and Allegro and Debussy’s Danses with Yonsei Sinfonietta, and the Pierne Harp Concerto with EU Orchestra. Her harp performance has been used for the British movie Kaleidoscope (Main actor Toby Jones), which was the winner of Best Performance at the Edinburgh International Film Festival.