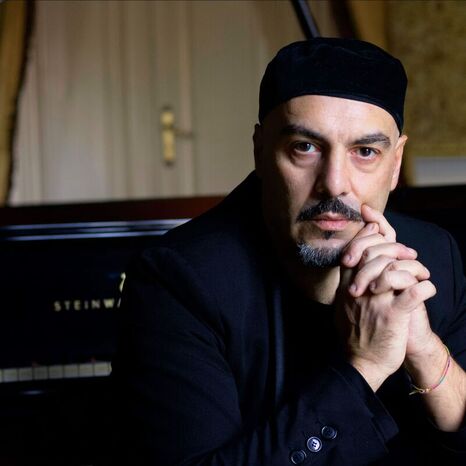 Massimilian Valenti (Italy)
​
Prof. Massimiliano Valenti began his studies at age of 4 and then continued his musical studies at the Musical Institute "V. Bellini" in Catania with Professor Ms Mariapia Tricoli, graduating with top honors. Subsequently furthered his potential in Germany with the masters Paul Buch in Stuttgart, and later on in Monaco with the scholar Gerhard Oppitz . In 2000 he met Maestro Aldo Ciccolini in Paris with whom he begins an in-depth analysis of the French repertoire and finally in Romania with Diana Apan. Other Masters who have also contributed to his development are Oxana Yablonskaja, Marian Mika, Luigi Mostacci , Massimiliano Damerini and Dana Borsan.

At a very young age Valenti won numerous national and international competitions in all parts of Italy. Thus he began a brilliant concert activity which led him to perform in Festivals in main Italian cities. In 2004 debut in Brasov ( Romania ) he was described by the critics : "A talent out of the ordinary, who places himself on the path of the great pianism”. Soon he is invited to perform at the Banatul Philharmonic of Timisoara and Sibiu, European Capital of Culture at that time, at the International Festival " Carl Filtsch " in the State Philharmonic. Progressively he obtains appreciation from the international scene, performing at Festivals in prestigious European and overseas halls including: Berlin, Vienna, London, Edinburgh, Barcelona, Porto, Leon, Detroit, Baltimore, Toronto, Montreal and Seoul. since 2016 he has been a regular guest of the most important theaters of China, while 2019 opens the door to Japan. He is regularly invited to give courses of Advanced Piano in Italy and abroad including : the University of Aveiro Music Conservatory of Oporto (Portugal) , the University of Virginia Tech, Radford and Greenville (USA), the Department of Music in Timisoara (Romania) and the National University of Music in Seoul (Korea).
​
His programs, span all works for keyboard which comprehends the classical period, romantic and modern with a particular predilection for avant-garde music. Massimiliano Valenti does not follow the score but he dominates it through his reading of the music which grasps the most hidden movements. His personality is expressed through sound refinement and endless colours that are not written on paper but are set alive in the music halls: "It is not enough to follow the score, but you must master it all to render adequately the enthusiasm and the recollections”. He continuously manages to astonish and amaze his audience, who cannot but feel immediately overwhelmed by his stage presence. A presence only great artists are able to produce, the real ones , who transcend from superficial acrobatic techniques or artificial exhibitionists, aiming to the true and profound nature of the music. 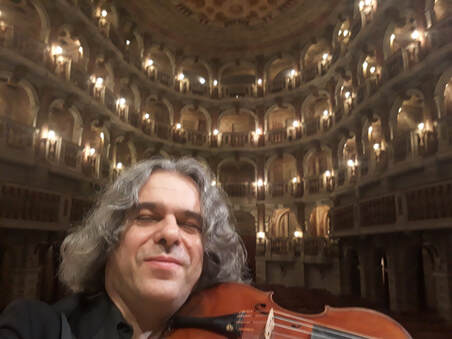 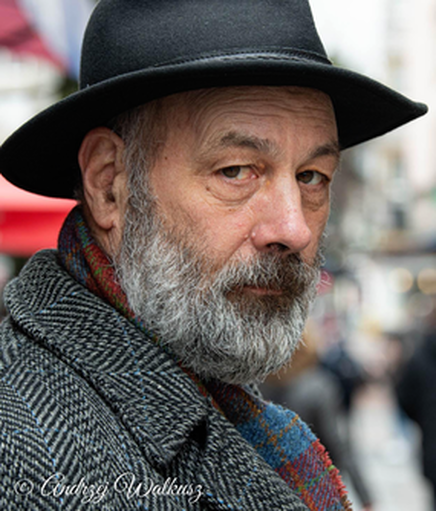 ​Prof.  Alan Fraser (Serbia)
​
​Canadian pianist, pedagogue and author Alan Fraser is best known for his books linking piano technique to the Feldenkrais Method. A student of pioneering pedagogue Phil Cohen in Montreal and the virtuoso Kemal Gekić in Yugoslavia, he is a trained Feldenkrais practitioner who has presented at numerous
music conferences worldwide and published articles in most of the major piano journals. He has performed in North America, Russia, China, Yugoslavia and many European countries, and leads regular seminars at his Alan Fraser Piano Institute in many North American and European capitals. His latest publication is Pianimals, a new children’s method with Phil Cohen-Feldenkrais style exercises to quickly improve a young pianist’s technique and musicianship. 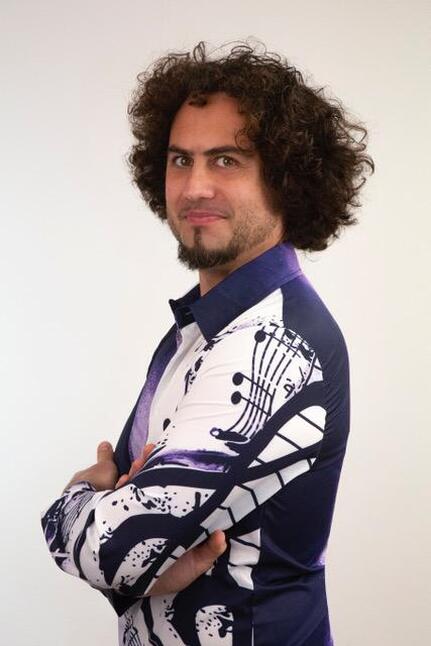 Sebastian Di Bin was born in 1981 in Udine (Italy) and began his musical studies at the age of 7. He made its official debut at 11 in a concert with the orchestra Slovenicum of Ljubljana in the hall of the Parliament of the Castle of Udine and since then he has been working to build his international reputation as one of the greatest pianists of his generation.

He has won numerous important national and international awards:

Moreover :
In 1991  was appointed UNICEF Ambassador for artistic merit and represented Italy, together with Luciano Pavarotti, at the Gala World UNICEF "Danny Kay" in Amsterdam (Netherlands).
In 2003 he received the Medal of the President of the Italian Republic and the Silver Plaque of the Senate, Italy.

A number of his performances have been broadcast on national and international televisions: RAI 1, RAI 2, RAI 3, Channel 5, Tele Montecarlo, and abroad (U.S.A., Netherlands, Malta, Slovenia, Austria, Germany, South Africa). Other performances have been broadcasted on radio stations such as Rai Radio 3, Radio Pretoria and several American stations as well as in Germany and Spain.

He has recorded Four CDs with the prestigious American label Louisiana Centaur Records:
2015  -  F. Liszt's Transcendental Etudes, (The whole series of the 12 Etudes).
2017 - 12 Piano Etudes from opus 10 and 12 Piano Etudes from opus 25 of F. Chopin’s Etudes.
2017 - Russian Music with music of S. Rachmaninov, P. I. Tchaikovsky, S. Skrjabin e S. Prokofiev repertoire.
2020 - « Soul Movies... » With some of his original compositions and interpretations of famous songs for the piano.

In July 2016, “Edizioni Musicali Wicky EM” of Milan published the book entitled “Sogni di suoni” (Dreams of Sounds) with 15 of his musical compositions, together with a CD with his own interpretation of the pieces.

Education
He graduated with honor at the Conservatorio "G. Rossini "of Pesaro in 2002  and then he obtained a Postgraduate Diploma at the Advanced International Piano Academy in Imola with Maestro Franco Scala . Later he completed his piano studies at the Accademia delle Marche "Beniamino Gigli" in Recanati with Maestro Gianluca Luisi and Maestro Lorenzo Di Bella.
In 2009 he studied with the Maestro Vincenzo Balzani in Milano. At the same time he studied experimental composition with Marco Di Bari and Remo Vinciguerra. In 2012 he got a Master degree in Music Composition for films at the Faculty of Humanities at Udine University and at the Conservatory J. Tomadini in Udine. Sebastian further developed his musical talents by participating in a series of masterclasses with very talented artists such as Lonquich, Lortie, Jasinskj, Howard, Dalberto, Lucchesini, Margulis, Berman, Berhoff, Kravchenko, Soriano, Balzani, Morales and Rivera.
In July 2012 he was invited to give a masterclass at the Colorado International Piano Academy, University of Northern Colorado (USA). 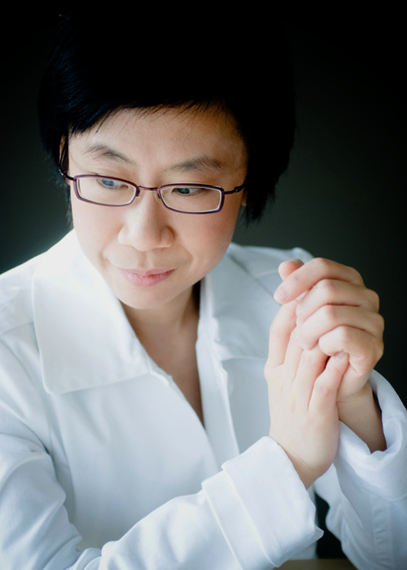 Dr. Angela Chan (Canada)
​
Recognized as the great-grand student of Alfred Cortot (from the lineage of Frederyck Chopin), Dr. Angela Chan is an accomplished concert pianist who has performed extensively in Canada, Europe, the U.S.A. China and Hong Kong, and has been featured on the Discovery Channel (Canada), Global TV, CBC, CBS, MSNBC, the Australian Television Network, CJAD, CJOH, RTHK (Radio Television Hong Kong) and other media networks. Dr. Chan’s works have also been featured in Maclean’s Magazine, La Scena Musicale, Montreal Gazette and the National Post. Angela Chan holds a Doctorate in Piano Performance, Pedagogy and Education from Concordia University, Montreal, and she is the founder and Director of Lambda School of Music and Fine Arts, an internationally recognized institution for its fine quality and reputation. Dr. Chan is also head of the piano pedagogy division at Lambda School, providing professional and career development opportunities for piano teachers. Dr. Chan has a wealth of experiences in helping students achieve their maximum potential, and has groomed numerous child prodigies in her career. In her 38 years of extensive music and psychological research, Dr. Chan has unraveled the mysteries of effective and efficient teaching and learning. As a consequence, within short periods of study with Dr. Chan, many of her students have demonstrated phenomenal progress.

​Dr. Chan's students have won first prizes in national and international piano competitions and have been invited to perform at the prestigious Carnegie Hall in New York, the Royal Albert Hall in London (United Kingdom), as well as in Amsterdam (Holland), Rome (Italy), Vienna and Salzburg (Austria), Brussels (Belgium), Bonn (Germany), China, Japan and Hong Kong. Dr. Chan's students have been highly successful under her guidance - they have been accepted by prestigious universities in the US and Canada, including the New England Conservatory, Peabody Institute of Music, Cleveland Institute of Music and the Manhattan School of Music in New York, as well as McGill University in Canada.  Dr. Chan's pedagogy students have become outstanding piano teachers, whose students have won international awards.

Dr. Chan is also the author of the new Lambda piano method series developed to help pianists progress at an accelerated pace. Dr. Chan’s book A Guide to Musicality - The Art and Science on her research and experiences with innovative pedagogical approaches has also been released in July 2020. Recognized internationally as an outstanding pedagogue, Dr. Chan has been invited to adjudicate a number of major competitions in Canada, China, Europe and in the US.

Dr. Chaerin Kim
​
A multi-instrumentalist, being one of the very few in the world who you can see performing as a soloist with two instruments on the same stage with an orchestra, internationally acclaimed harpist, pianist, composer, and professor Dr. Chaerin Kim is the winner of several international competitions. She was the winner of the Special Prize of Best Performance of Russian Music at the International Harp Competition in Russia, winner of the Future Classic Women Award from the London Radio Station, the CFA Award and Department Honor Award from Boston University, the Garrett Award, Foundation Award, and Julia Leney Harp Prize in London, the Soloist Competition Winner at Ewha University, Kaywon School for the Arts, and Boston University, the Bronze Medalist for Solo Piano at the Walgan Music Competition, and winner of the Grand Prize from the Korean Student’s Newspaper.
She has been featured as a soloist on both instruments: Rachmaninoff Piano Concerto No. 2, Debussy Danses for Harp, Mozart’s Flute and Harp Concerto with UMB Orchestra, Rachmaninoff Piano Concerto No. 2 with Boston Chamber Orchestra, the Ginastera Harp Concerto with BU Symphony Orchestra, Ginastera Harp Concerto with Seongnam Philharmonic, a Guest Soloist of the International Music Festival broadcast live in Korea, Ravel’s Introduction and Allegro and Debussy’s Danses with Yonsei Sinfonietta, and the Pierne Harp Concerto with EU Orchestra. Her harp performance has been used for the British movie Kaleidoscope (Main actor Toby Jones), which was the winner of Best Performance at the Edinburgh International Film Festival.